Lack and Restrictions to Prompt Creativity? 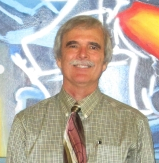 There’s an exercise that some creative writing teachers use as a spark to student creativity. It goes something like this:

You get the idea. Writers are intentionally shackled with restrictions that can be daunting to overcome while still maintaining the flow of a successfully told story with characters, a story arc, and so on.

If such an exercise does unearth otherwise hidden founts of creativity, some might say that an environment or upbringing without much lack could actually limit the instances when children are forced into creative solutions brought on by a dearth of resources. For instance, the idea of making something because it can’t be bought might not occur that often if funds to buy the thing exist and the thing is usually available for easy purchase.

Have you seen a recent soap box derby competition? The first line from an Internet site advertisement for a soap box derby car kit declares that buyers of the kit can “eliminate the necessity of writing time consuming dimensions and descriptions of components” by buying the kit, which includes all of that.

Would a kid who has to find inventive solutions for components he can’t afford to buy be exercising more creativity muscles in the process?

Maybe it all comes down to how humans are most likely to get those flashes of inspiration that result in creative work. “Necessity is the mother of invention” might be more than just a homily.

Or it might be that, in an age of abundance, it’s easy to distract ourselves. In that scenario, it’s never necessary to invent a solution due to a constraint because: 1) constraints don’t come around that often, and 2) there’s that episode of Duck Dynasty on cable that we haven’t seen yet.

Whether we buy our way out of creativity or we distract ourselves from creating, we’ve missed the chance to exercise our creativity muscles.

Perhaps the best situation to prompt creativity is being trapped with no access to distractions. (The place many college students might identify is a boring lecture over material they already know and during which the professor has banned laptop and cell phone usage.)

In such a situation, the restriction you experience coupled with the lack of ability to distract yourself by any other means than directing your attention toward or away from your own thoughts and environment might give your creative self a much-needed opportunity to come out and play.

Living in conditions where there’s not much lack, of course, is not a bad thing.

Unless it’s a lack of creativity.